Additonal Tales from the Front Hall 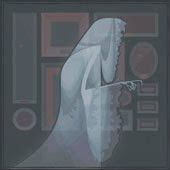 I know it has been a while since I wrote about some of the weird things that go on in my house. Don’t think that things have gone quiet here. They haven’t. I just think it makes for a better piece if I have more than one incident to talk about (unless, as sometimes happens, that one incident turns out to be a biggie. Like having a dead Union soldier follow one home from Gettysburg. But that story’s already been told.) What I have today is a short list of strange things.

First of all, I think I’ve mentioned that both my grandson and my daughter have been seeing cats in the house. We haven’t had a living cat in the house for about seven years or so; seeing cats in the kitchen, or in the living room is thus always of interest to me. I’ve never seen one myself, but my grandson actually jumped when he felt one brush up against his leg. He described it as orange and said it startled him while he was picking up his backpack from the floor. My daughter has seen two different cats, both black, neither of which were ever ours. She says one of them follows her into the kitchen and watches while she finishes off her coffee and takes her vitamins.

Now, I had forgotten about the cats until the other night when I got up in the dark hours to use the bathroom. I was washing my hands when I heard a gentle ka-thump out in the hall. I was tired and thought I would just ignore it, which I did. I didn’t remember about the cats until the following morning, when I realized that the sound I heard was identical to what it sounds like when a cat would jump off the counter onto our hardwood floor. Hmmm.

I have also seen a couple of strange beings. There is a white figure that parks itself in the hall at night between my grandson’s and my daughter’s closed bedroom doors. I see that one when I use the bathroom, also. I never focus on it; I want to be able to get back to sleep, you know. But it’s there and it’s all white and it looks like a female. It has very long hair, and fairly bony fingers. Beyond that, I really couldn’t tell you much.

I have also seen a child going into the bathroom. That happened one night while I was in front of the TV and got up to get something from the kitchen. I don’t know if the child was a boy or a girl: I only caught a glimpse of a small body turning in at the bathroom door and disappearing. And yes, it was actually shorter than my grandson. Besides, I know it wasn’t him because he was busy with a video game in his bedroom at the time. That was an unusual sighting for me, not because I saw it at all, but because it was a child. I’ve never seen anyone like that before.

My daughter has given me the unsettling news that frequently when she passes my bedroom, she sees a figure sitting on the bed. I don’t know if this person is male or female, either. I’m not sure my daughter knows. She just says that whoever it is sits in such a way that it actually blocks out the illuminated numbers on my bedroom clock. And she does see this figure during the day. I guess I shouldn’t be surprised since our bedroom is at the end of THE hall. Anything traveling in a straight line from our laundry room will wind up in our bedroom. What a comforting thought!

Still, I do not sense anything malevolent in our house. If there really are beings coming and going, none of them hit me with a negative or fearful feeling, beyond being a bit startled when someone turns up. At the risk of sounding like a complete maniac, I will admit that sometimes when I leave the house I ask whoever is around to keep an eye on it and protect it from break-ins and fires. I guess that makes me sound like a crazy person, but I figure there’s no harm in asking.

Here’s the last of the strange things. On our grandson’s last day of school before Christmas break, he was scheduled to arrive home at noon. I work a partial day on Friday and wouldn’t get home ahead of him so I asked my daughter if she could arrange her schedule in order to be home when he arrived. Unbeknownst to me, after I left for work, something came up for her, job-wise. But after she left the house, she started obsessing about the fact that she had locked the front door. What if her son got home earlier than she did? Maybe she should go back and unlock the door so he could get in, on the chance she might run late? But no, in the end she just assured herself that she could get home before his bus dropped him off. She was wrong. She ran late, and even though she was racing to get back in time, she knew he would already be there. Worrying about him standing out on the front step, cold, possibly frightened, wondering where everyone was, she finally arrived home and pulled into the driveway.

When she got to the front door, it was slightly ajar, and when she stepped in, she saw his backpack in its usual spot and his jacket thrown over it. “Are you home?” she called out to him.

She knew she had locked the door (we have a deadbolt); she had been thinking about it all day. So how did he get in? When she asked him, he told her it wasn’t a problem. The door was unlocked…

I have repeatedly thanked whoever is in the house for looking after my little guy that day.

(Picture borrowed from the Internet. )
Posted by Ophelia Julien at 9:24 PM