The Roads Not Taken 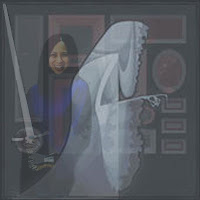 Robert Frost was a genius. I know that's a given, but when I read his work, I'm always blown away. His poem "The Road Not Taken" is short, amazing, and has an accuracy that makes my heart hurt. I wish I'd thought of that, the writer in me says.

The poem discusses the narrator's quandary at coming to the joining of two paths and trying to decide which way to take. As the great man himself states in the last verse:

"I shall be telling this with a sigh
Somewhere ages and ages hence:
Two roads diverged in a wood, and I—
I took the one less traveled by,
And that has made all the difference."

Killer. I really wish I had thought of that.

Since we all know he's not talking only about choosing one path over another in the strictly physical sense, I'm tempted to chime in here (with apologies to Mr. Frost) and say that maybe writers do what we do so that we can cheat and take all sorts of paths.

What's it like to pick up an object and be able to discern who has owned it, and what their lives were like? How does it feel to lock into someone else's memories, even if that person was someone I never knew? And what's it like to quietly share some of that ability but never speak of it? Philip Corts and Jake Holdridge have given me those experiences.

My characters expand my world-view and insights, even if I have never experienced any of their adventures in my own life. They give me a story, somehow, and since I get to tell it, I get to make it my own and see what they see, even feel what they are feeling

Would that I could do that with all sorts of genres. I believe writers are given a certain range. Some people, like Michael Crichton, have a range that goes all over the world and all over any number of subjects. After all, he wrote about dinosaurs, apes, Vikings, time travel, robotic cowboys, infectious disease, and corporate espionage. And I know that doesn't include everything he explored. The man was a rainbow of subjects. Unfortunately for me, I know I don't have Mr. Crichton's no-holds-barred range.

I mean, I wish I had it in me to travel even more paths than the ones I am lucky enough to explore. I wish I were the kind of writer who could create a James Bond-type thriller. How cool would it be, to be able to walk the path of a trained and lethal good guy who can dispense with the bad guys and save the world? I wish I could walk the dark and mean streets as a detective who figures out how to catch a human predator and bring him or her to justice. Or deal with that predator myself. And while I am not a huge fan of sword and sorcery, I am a huge fan of swords and would LOVE to be able to tell a tale with those in the mix. Sigh. I've always wanted to be able to choreograph and write a really, really good sword fight. Maybe someday.

In the meantime, I do not mean to sound ungrateful. I am very thankful to walk the haunted paths that I do, and even more grateful that there are readers out there who like to take that walk with me. No writer can really ask for more than that. Well, we could but then maybe what we're wishing for just isn't included in the paths we take.

And that does make all the difference.